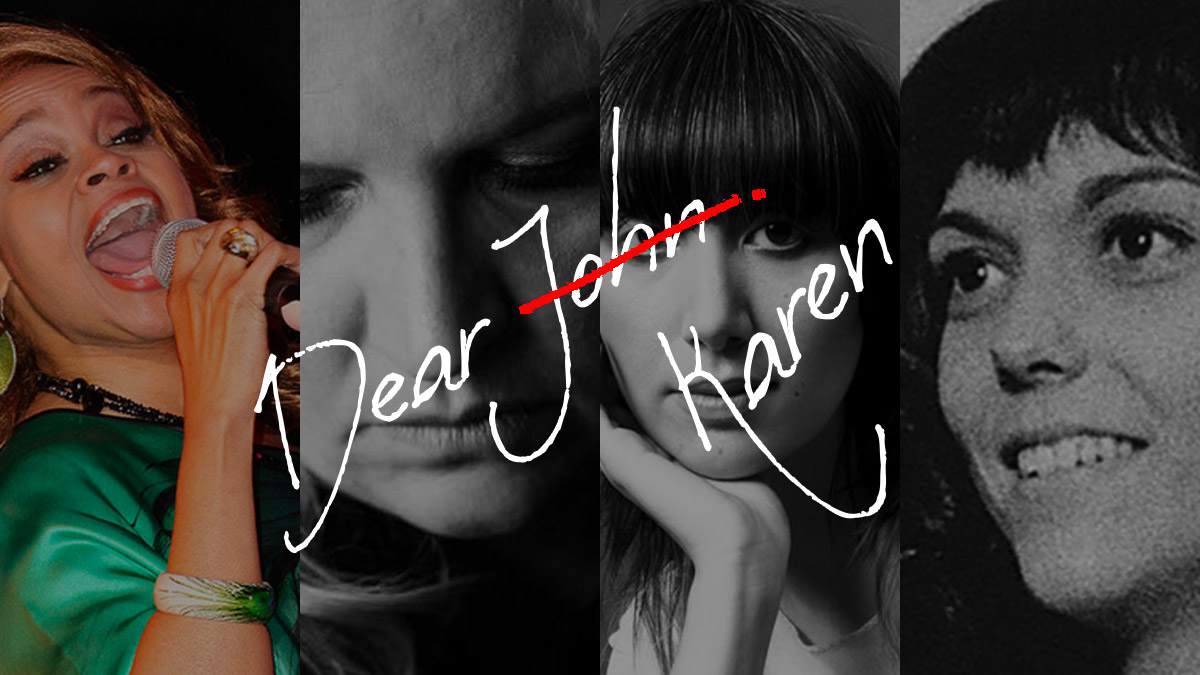 To all the Karens We’ve Loved Before

It could just as easily have been Janine. Or Linda. Or LYnda, if the sample is particularly “overly demanding or entitled” as TMZ has defined the pandemic’s favorite indignant aunt: Karen. Being a Karen. Karening, even, which Urban Dictionary is more than happy to detail for the curious mind. In the era we now find ourselves - that is, of giving a single universal moniker to strangers making horrible decisions on cell phone videos - my earlier name choices for the “pejorative term for a privileged, middle-age white woman perceived as relentlessly demanding and consistently out of line” are just as arbitrary as I assume the unanimous adoption of Karen was. (I have to imagine there’s a smorgasbord of bright-eyed and narrow-visioned undergrad students already vigorously scribbling notes for their future phD theses outlining the psychology of how, exactly, this happened. The rest of us know this is Dane Cook’s fault from his very first and very funny tour, Tourgasm, in 2005.)

It’s not breaking news that this hasn’t been an amusing spotlight for the real O.G. Karens of the world. The snowballing trend has become an unexpected and unfair rug-puller to their very known existence amongst friends and family, literally tarnishing their good name.

And so, we’re celebrating The Karen! Karen is brilliant and beautiful and groundbreaking in her achievements. Karen is a prima ballerina and artistic director (Kain). She’s a mathematician (Aardal) and a mathematics educator (Marongelle). She’s a judo champion (Sheffield) and an astronaut (Nyberg). Karen was Miss Canada in the year of my birth (Tilley) and Miss Universe in 1982 (Baldwin).

But this is the music biz, so our featured Karens here have all played an instrumental role in shaping the music of their generation. This is not an exhaustive list, and my summary of their accomplishments only scratches the surface, but it feels like a good moment in time to flood the proverbial timeline with real life Karen wonder women to counteract these icky Karen imposters. ‍

Drummer and singer; The Carpenters‍

If you had to name a single Karen in music, this is likely the one that comes to mind. Known to her closest followers as “Lead Sister,” Carpenter has been heralded as one of rock and roll’s greatest women and singers of all time. Her iconic and pitch perfect voice influenced handfuls of household-name artists, the likes of Madonna, Shania Twain, k.d. Lang, and Sheryl Crow; Paul McCartney is oft quoted as saying she had “the best female voice in the world: melodic, tuneful, and distinctive. Despite the endearing sincerity of her singing that led to worldwide popularity, she was shy as a frontwoman and felt most comfortable behind a drum kit, considering herself a drummer who sang. The lyrics she sang offered up the emotion a generation couldn’t put into words themselves, all while her heartbreaking public suffering provoked conversation for the first time around anorexia and eating disorders. She was a star at 24 and gone by 32, and in that short span left her pure and indelible mark on the music of the 70s.‍

Karen Clark-Sheard is one of those fundamental and foundational artists whose inspirational reach is hard to quantify: powerhouse iconic vocalists like Mariah Carey, Beyonce, and Fantasia all count Clark-Sheard as a vocal influence, just a small sample of the mega queens who do. Karen is the youngest and one fifth of The Clark Sisters, pioneers of contemporary gospel music and credited for bringing the genre to the mainstream as the best selling gospel group in the world. She is the daughter of Dr. Mattie Moss Clark, founder of the prestigious Clark Conservatory of Music in Detroit, and the creator of the three-part harmony arrangement - now the prevailing technique for writing gospel music. While her family name is synonymous with gospel royalty, Karen Clark-Sheard’s solo career stands out just as brightly. Her debut solo album was one of the most highly anticipated of 1998 - released about 25 years after she first found success with her sisters - and it earned her a Grammy nomination and the Soul Train Lady of Soul “Best Female Vocalist” award. If 2020 has done anything right, it’s been to memorialize the story of The Clark Sisters in a Lifetime TV movie - do yourself a favour and learn more about this incredible Karen and her family.‍

Karen O is just cool. She makes the Yeah Yeah Yeahs cool. She collaborates with cool people. She dresses cool. And she’s cool in a sweet way that isn’t intimidating to teenage-girl me, instead leaving me in awe of her calm confidence and badassery as she winks at me and walks by my locker. She is widely known for her unique fashion style and antics on stage, including spitting water on herself, and is self aware enough to muse that her sometimes shocking stage presence may be a not-so-shocking rebellion against the ultra well-behaved child she once was. Karen O is rooted in the Yeah Yeah Yeahs as a prevailing voice of the first decade of the turn of the century, kicked off by the incredible success of Fever to Tell in 2003. But continued reinvention and collaboration keeps her personal brand fresh, current, and in demand, while also being revered as a crucial influencer to modern pop and rock. Last year’s collaboration with one of the most prolific producers of his generation, Danger Mouse (Brian Burton) - also a serial collaborator - resulted in Lux Prima, an evocative album complemented, obviously, by an “immersive listening experience” at the Marciano Art Foundation which sold out in minutes - the Experience itself a collaboration of some of the most talented sound, light, and visual producers in the business. Some people, like Karen O, seem to have been born for the sole purpose of sharing their art with the world and, in doing so, inspiring the creativity of others.‍

South Africa’s “Queen of Rock” made a strong first impression when she smashed her guitar on stage during one of her very first live performances, the “ultimate display of anarchy” as decreed by Aerosmith’s Joe Perry, and a first for a female rocker in post-apartheid South Africa. Since then, her star has risen so fast and far that her name and lyrics have become embedded in South African lexicon and an entire generation of riled up young people proudly join the ranks of her club, dubbed by the media the “Zoid Generation” (of course they didn’t include the Karen part!). After international acclaim for her freshman album, Poles Apart, in 2002, she followed it up with Chasing the Sun one year later to even more worldwide recognition and fanfare. Both albums went gold and by 2004, her ability to speak truthfully and beautifully through her lyrics to both her Afrikaans and English fanbase had secured her as a spokesperson and icon of South African youth, as highlighted by Time Magazine and others that year. Zoid found herself in the eye of the storm at a time when the music scene was rapidly changing in SA, and managed to distinguish herself and maintain her individuality amongst pressures to conform or disappear. She weathered criticism at home while the world lavished her with accolades, and has earned a place on the stage alongside peers like Metallica and Annie Lennox. And she also plays the flute and the bagpipes... I mean, c’mon! She’s just the best.

To be honest, after all the vitriol about “Karen” calling the manager here, and “Karen” irrationally phoning the police there, it was a delightful walk in the Karen park to conduct research on these four incredible women. I’m going to think twice about chiming in on the latest iteration of a Karen video and would challenge you to do the same: let’s just stick to really solid and hilarious adjectives for these horrible people (if we must) and leave Karen and her proper noun out of it.

Calling all O.G. Karen fans! Who did I miss? We’d love to celebrate your Karen too, please send in your awesome Karen stories to SharinMyKaren@muzooka.com.

All artist images and social media links for the four featured Karens are provided by Muzooka.

Lisa Zechmeister manages artist relations for Muzooka and is a celebrated talent buyer and event producer with over 15 years of experience in venue management and the music industry. Lisa’s passion for creating and sharing live event experiences has resulted in years of success, friendship, and stories with some of the biggest acts and brightest personalities in music and entertainment. You can find Lisa on LinkedIn.

Muzooka ensures that songwriters and publishers are paid when their songs are played live onstage. Muzooka also allows artists and their teams manage their own artist assets across multiple platforms from one central hub.

Exactly one month ago, Nathan Apodaca single-handedly introduced a generation of young people to "Dreams" and Fleetwood Mac. "Dreams" is now the oldest non-holiday song to hit the Billboard Streaming chart - surpassing Michael Jackson's "Billie Jean". So what does that mean for the band and the songwriter, Stevie Nicks? 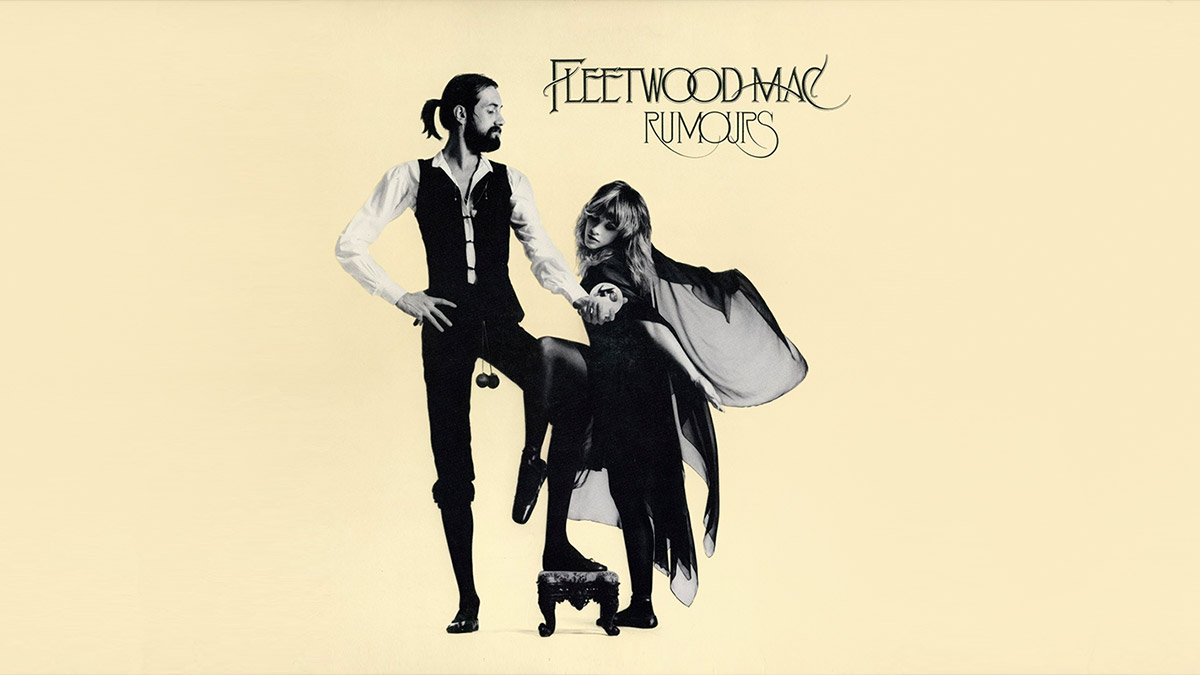