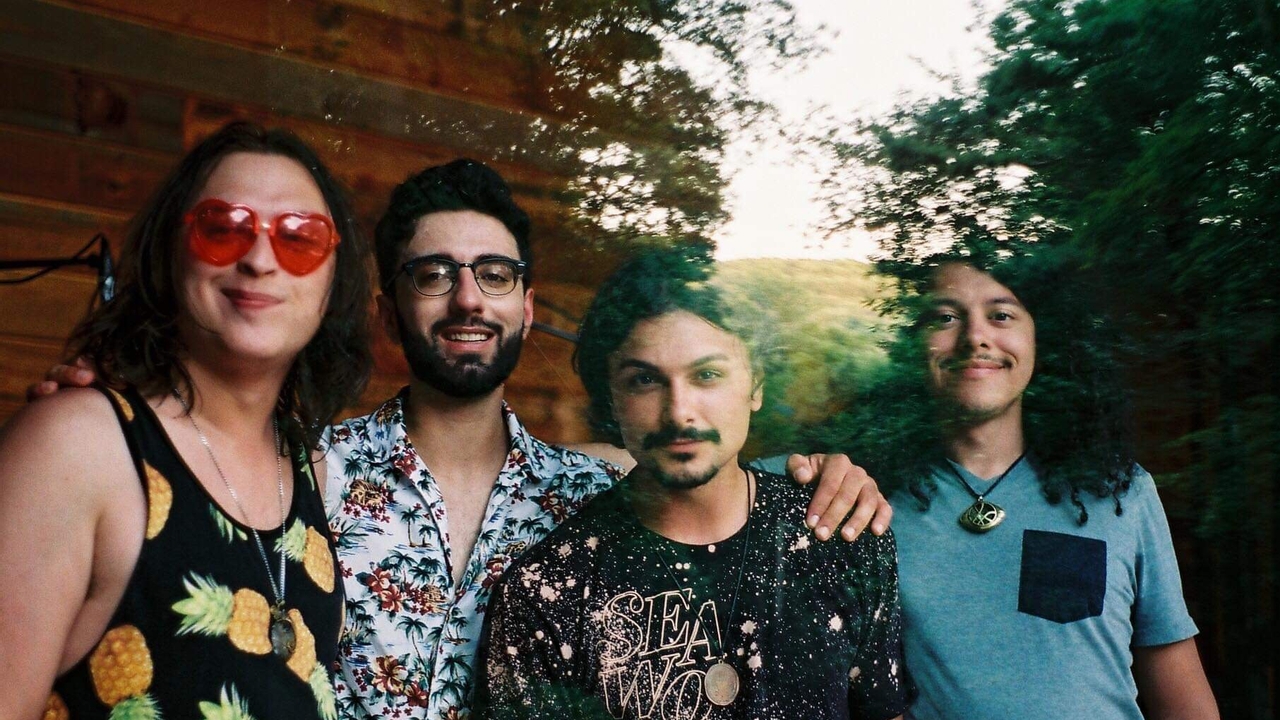 The Foxfires are a four piece Seagaze band from New York. Their sound is derived from the genres of indie rock/pop, shoegaze, folk, and surf rock which sounds like a soundscape you'd want to hear on the beach or out at sea, especially in the Summer. Since 2013, they have been playing on stages, both small and large with artists such as Michale Graves (Former Misfits frontman), Kurt Travis (Former Dance Gavin Dance frontman), Sparks the Rescue, Have Mercy, Pentimento, Rookie of the Year, and just this past June, they played at Pittsburgh Pride alongside Jennifer Hudson. 2017 has been a very fortuitous and banner year for the band, working off of the momentum of their most recent release, "Reawakening" which came out in late 2016. The band has had their music licensed to NASCAR, Discovery Networks LLC (Discovery, Science Channel, Animal Planet, TLC, etc), MTV, Bring Your Own Board, and Roadtrip Nation in 2017 alone and their music has been featured on radio across the United States and in select parts of the UK. Some festivals and large events they have played in the past year have included Pittsburgh Pride, Newburgh Illuminated Festival, Jersey Shore Music Festival, The NYC Marathon, Northside Festival, Groove on Grove, ValleyFest, Haverstraw River Arts Fest, and the Millennium Music Conference (for which they were a featured artist on the event's compilation CD.) 2018 is shaping up to be The Foxfires biggest year, yet! The band just released two new singles titled, “Don’t Give Up” and “Choose Love.” The latter is a campaign and message the band have been pushing for 4 years to move towards a more empathetic, equal, and balanced future where we see past race, gender, religion, sexuality, or political party and to fully embrace all of humanity. “Don’t Give Up” is an anti-suicide song that the band have been adamant about putting out since the recent deaths of Chris Cornell and Chester Bennington. In addition, they will be returning to Millennium Music Conference again this February (once again, on the compilation CD), Singer Songwriter Conference in Cape May, NJ this March, and East Coast Music Conference in VA in May, with many many more dates yet to be announced! Stay tuned!

This profile for The Foxfires is powered by Muzooka's Artist Asset Manager.

News about The Foxfires